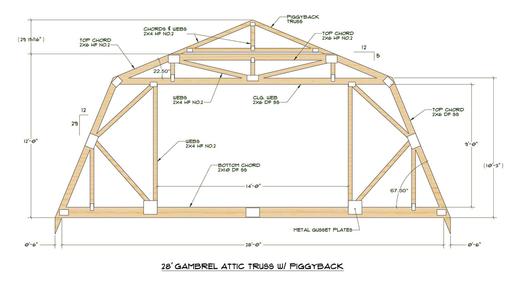 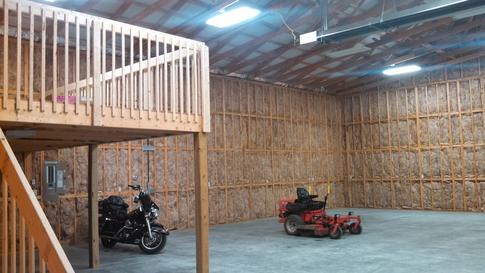 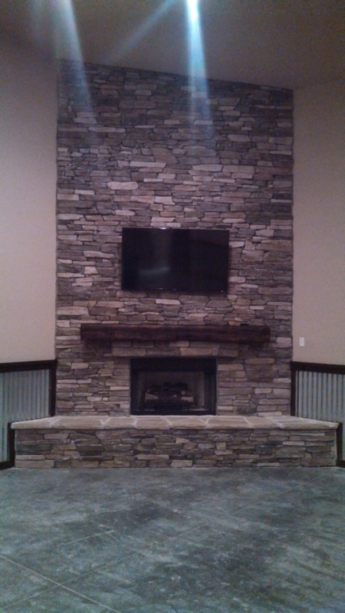 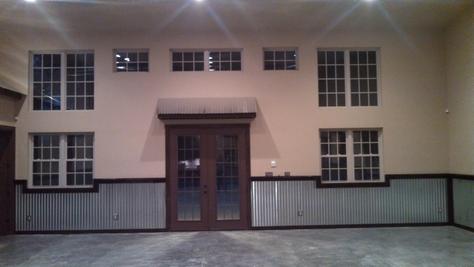 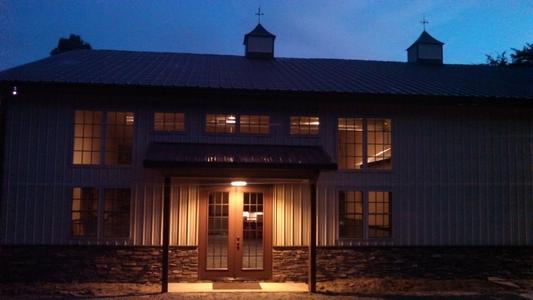 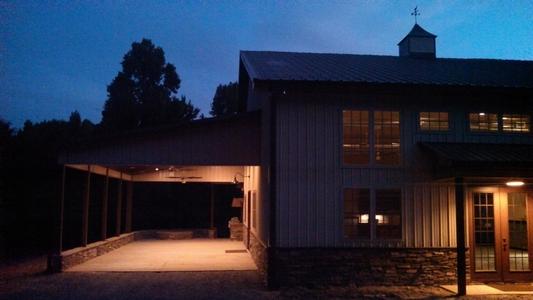 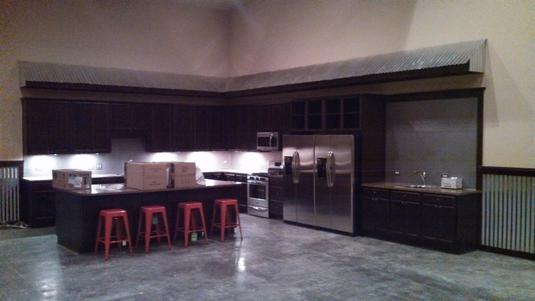 ​(pole building framing, pole building, pole barn) is a simplified building technique adapted from the labor-intensive traditional timber framingtechnique. It uses large poles or posts buried in the ground or on a foundation to provide the vertical structural support and girts to provide horizontal support. The method was developed and matured during the 1930s as agricultural practices changed, including the shift toward engine-powered farm equipment and the demand for cheaper, larger barns and storage areas. Unlike competing building methods, once the poles, girts and rafters are put in place, much of the construction work on a pole-built structure can be handled by a single individual over the course of a month or season.

A gambrel or gambrel roof is a usually symmetrical two-sided roof with two slopes on each side. The upper slope is positioned at a shallow angle, while the lower slope is steep. This design provides the advantages of a sloped roof while maximizing headroom inside the building's upper level and shortening what would otherwise be a tall roof. The name comes from theMedieval Latin word gamba, meaning horse's hock or leg.[1][2] The term gambrel is of American origin,[3] the older, European name being a curb (kerb, kirb) roof. Europeans historically did not distinguish between a gambrel roof and a mansard roof but called both types a mansard. In the U.S.A., various shapes of gambrel roofs are sometimes called Dutch gambrel or Dutch Colonial gambrel with bell-cast eaves, Swedish ~, German ~, English ~ , French ~, or New England gambrel.

The cross-section of a gambrel roof is similar to that of a mansard roof, but a gambrel has vertical gable ends instead of being hipped at the four corners of the building. A gambrel roof overhangs the façade, whereas a mansard normally does not.

Gambrel Attic Truss with Piggy Back 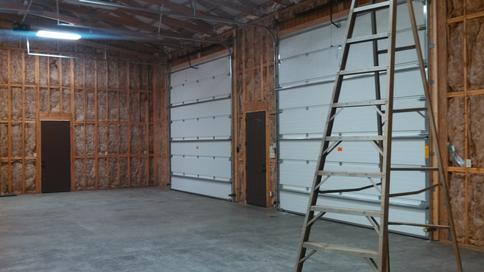 A fully functional kitchen with island to host a party or gathering.

In modern developments the pole barns of the 1930s have become pole buildings for use as housing, commercial use, churches, picnic shelters or storage buildings. In the process more often than not, the poles have become posts of squared-off, pressure-treated timbers. These structures have the potential to replicate the functionality of other buildings, but they may be more affordable and require less time to construct. The most common use for pole buildings is storage buildings as it was on the farms, but today they may be for the storage of automobiles or boats along with many other household items that would normally be found in a residential garage, or commercially as the surroundings for a light industry or small corporate offices with attached shops. 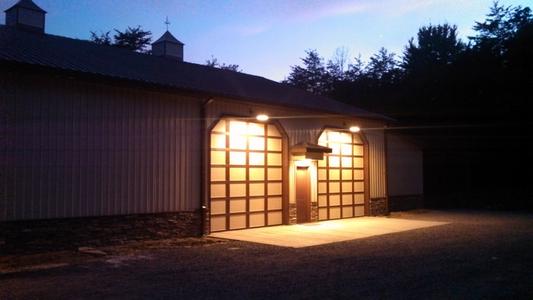 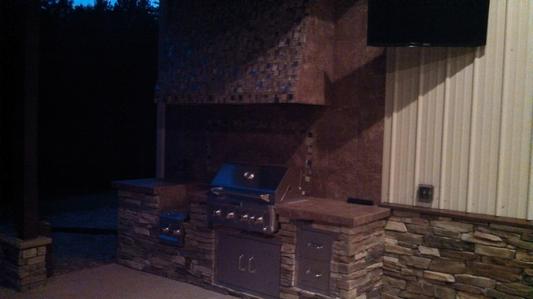 Custom builder Randy Poore has been building in Charlotte for over 4 decades and brings his knowledge and experience to Charlotte and surrounding areas. John R. Poore home builders is legendary in Charlotte, and now, with his son John Poore, they are lighting up the market. 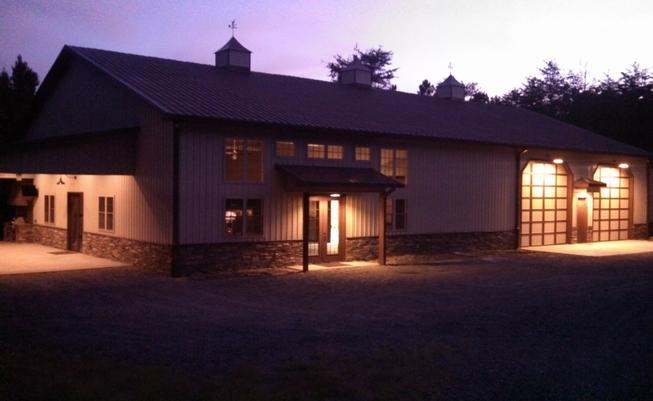 To design & build to your vision!